Give your Amazon driver a potty break!

Building your own disco light may be daunting but it is the utmost goal of a Pocket Disco experience. If done right, its beauty can outshine any and all mass-produced disco lights. 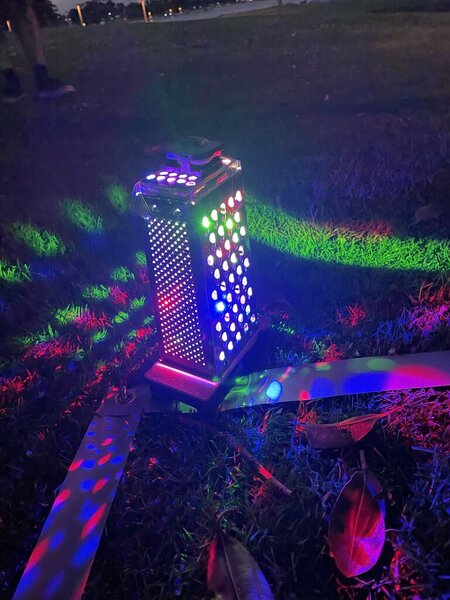 As with most things DDB, this all started in one of our meetings. At a certain point, Ute pulled up a pasta colander, stuck a flashing bike light in it, and that made a disco light. Jody prompted everybody to get some kitchenware and flashlights, so we did that, shut all the blinds and started dancing with these makeshift lights. 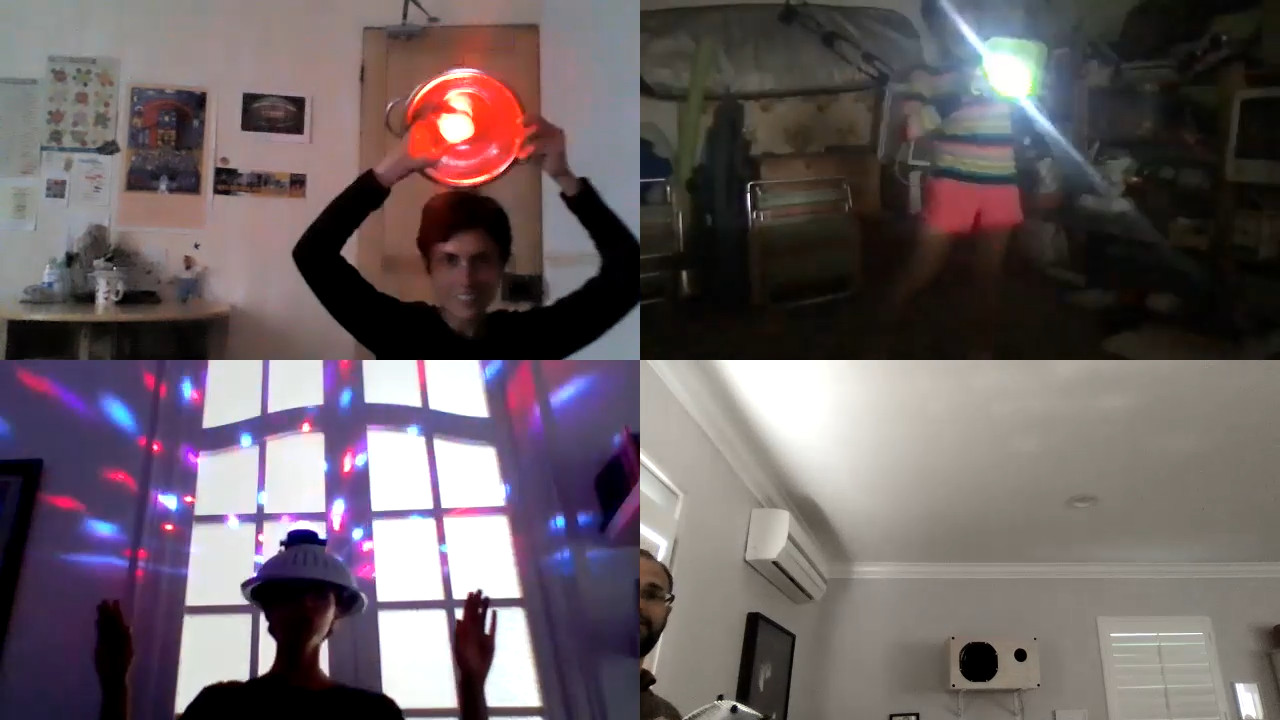 Then Elia saw some cheese graters and light bulbs hanging on a shop window and wrote that “it makes me think of us”. That was it. We were going to build disco balls and lights out of shiny kitchenware. 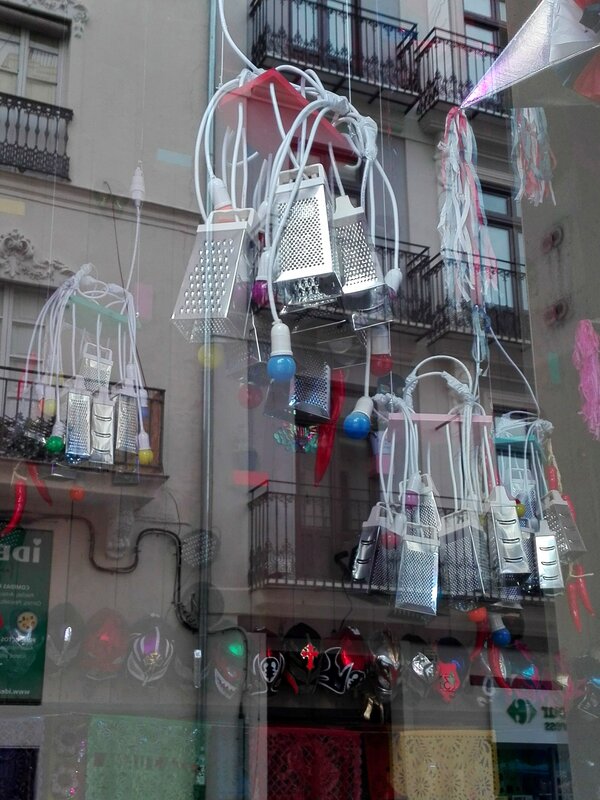 That’s the happy side of the story. The tough part is that bike lights are just powerful enough to be looked at, but not enough to project light beams on surfaces. To do that with an untethered system, you need high-power LEDs, which are very hungry creatures, very sensitive to current fluctuations. They need capable batteries and measured resistors to prevent burnout. They also give out a lot of heat and need good heat sinks. 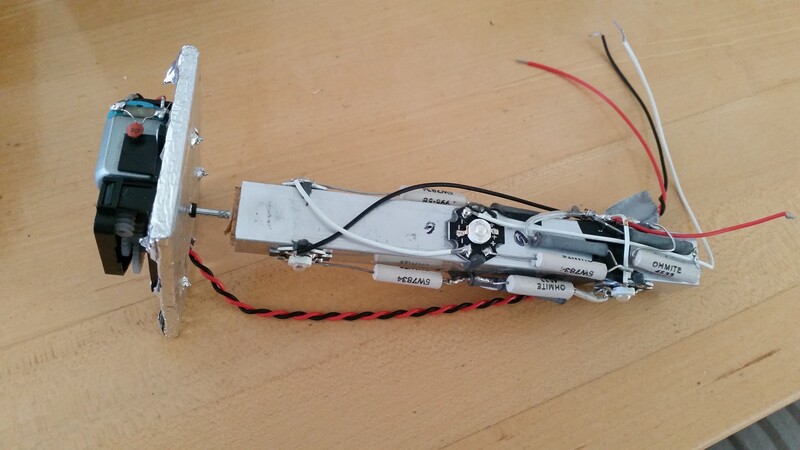 Also, even the fanciest combination of colored lights and hole patterns does not resemble a disco ball without movement. Transmitting power to the rotating element requires a rotating electrical joint, or slip ring. For a “quick” prototype, ball bearings may be used but only if set up with an element that ensures a continuous contact. The greased moving parts in the bearings don’t provide a reliable contact, cause arcing and make the LED flicker and wear out quickly. 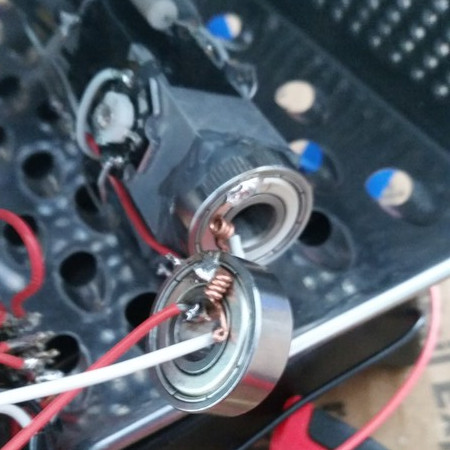 Once these technical issues are resolved, the core rotating element can be made to fit inside any object that is shiny and has holes. Two pasta colanders or steamer baskets resemble a disco ball the most, but the cheese grater is much more compact to take around, and also gives a different light pattern on each side.

Not quite shock proof, but solid enough to be taken around for a brief spin: 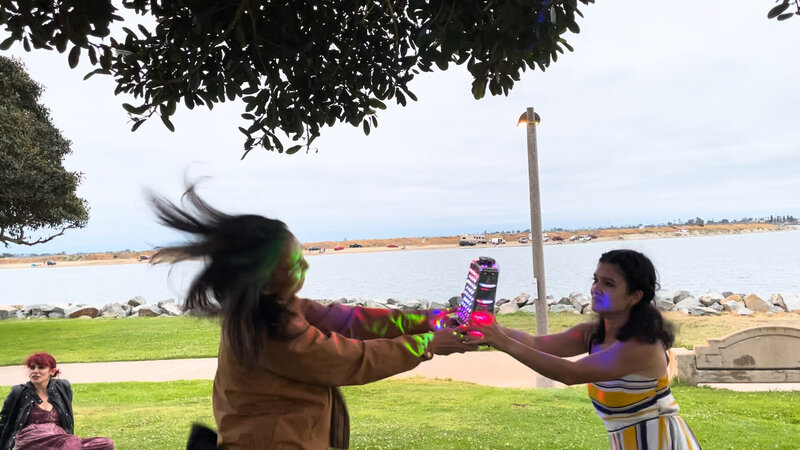 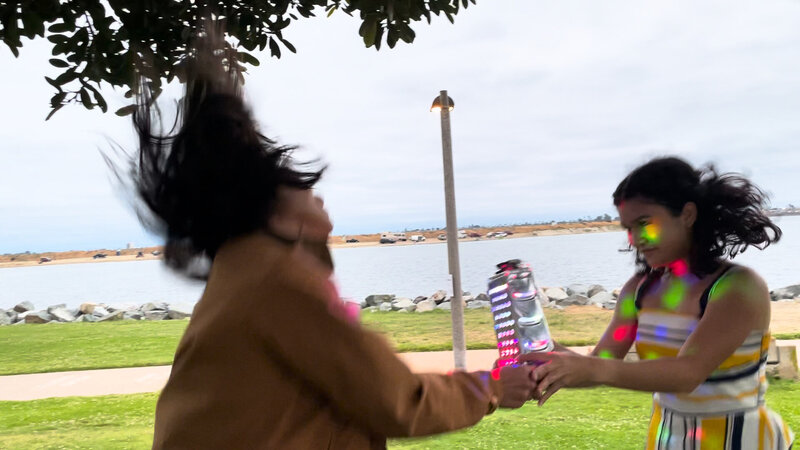 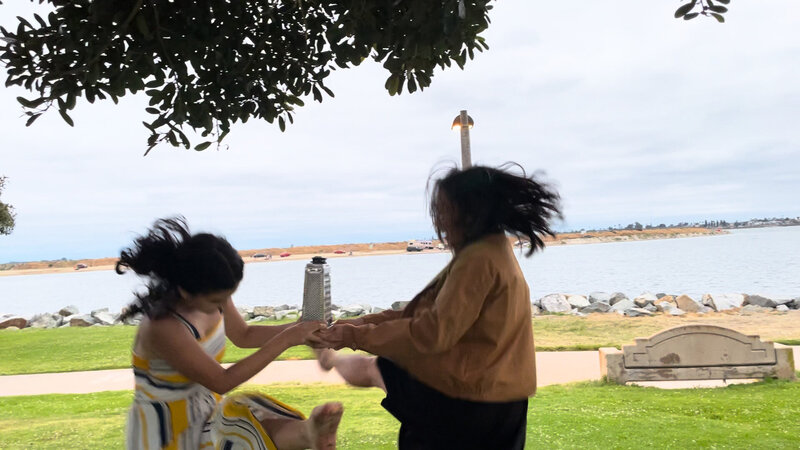 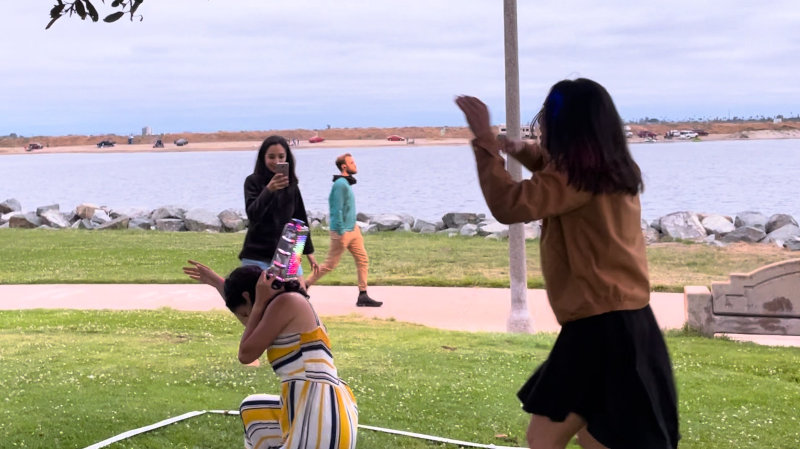 I actually had to stop this because the light started flickering and was likely shorting, and I didn’t want anybody’s hair to catch on fire. But the half minute it lasted for paid off for the weeks of work spent on it.