Turns out that Jody is directing a dance performance in San Diego in two weeks. “How far is San Diego from LA?” “We should do a Pocket Disco session”. Settled.

The following two weeks are occupied by intense preparation: Jody working on her piece at the Trolley Station as well as scouting for locations, me getting materials and playlist together.

The playlist is 7 hours of all kinds of dance music, from Motown to the Chemical Brothers, from La Bouche to LCD Soundsystem, played on random. Whatever comes, comes.

Grater Good Light is completed in time for the event. There is a backup “stock” disco light for good measure. Everything fits in a camping backpack, which fits inside the milk crate on my bike, which goes with me on a train to San Diego. 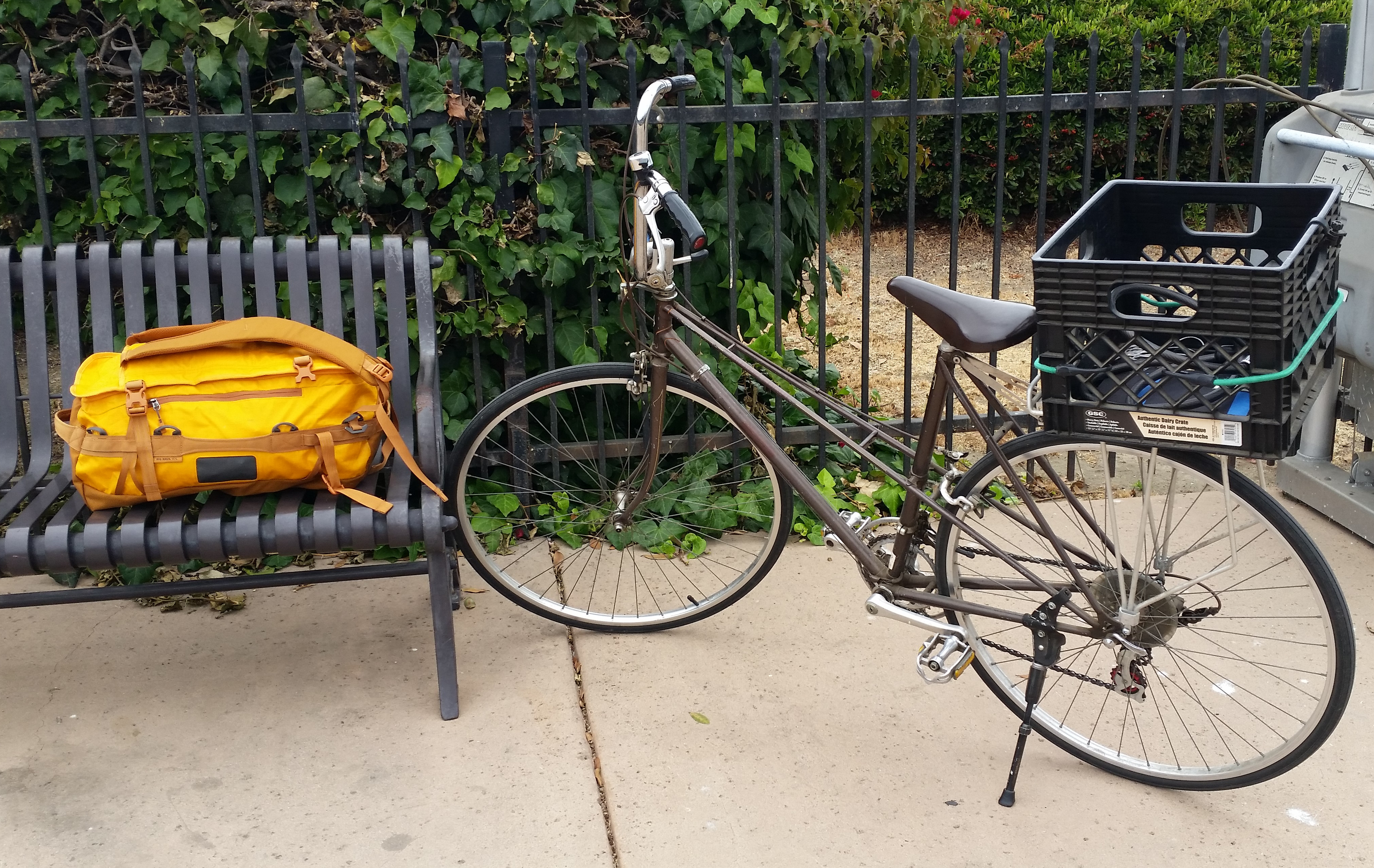 After Jody’s show, we do some final brief scouting and we settle under a great magnolia tree in a park. Then, while Jody attends the closing reception and spreads the word about an “after party”, I go ahead and set up the disco light and perimeter. All in all it’s a very simple process.

Then, everything blooms on its own accord. Dancers from Jody’s group and other groups that performed in the festival start turning up. While I’m slapping my forehead for spending 10 minutes climbing on the tree to tape the disco light in the perfect spot and forgetting to turn it on, someone has just as fast climbed up the tree to do that.

After I step away for a minute, as I walk back, everybody has already started. No one needed instructions or an introduction. There is music, a disco light, and a silver square on the grass… Duh.

Everybody takes their own vocabulary of figures they are comfortable with. Everybody is OK overdoing it, making mistakes and laughing about it. It is evident that the workshop with Jody built up some very good energy within the group, and now, after the performance, everybody is only thinking about relaxing and dancing however the hell they like. 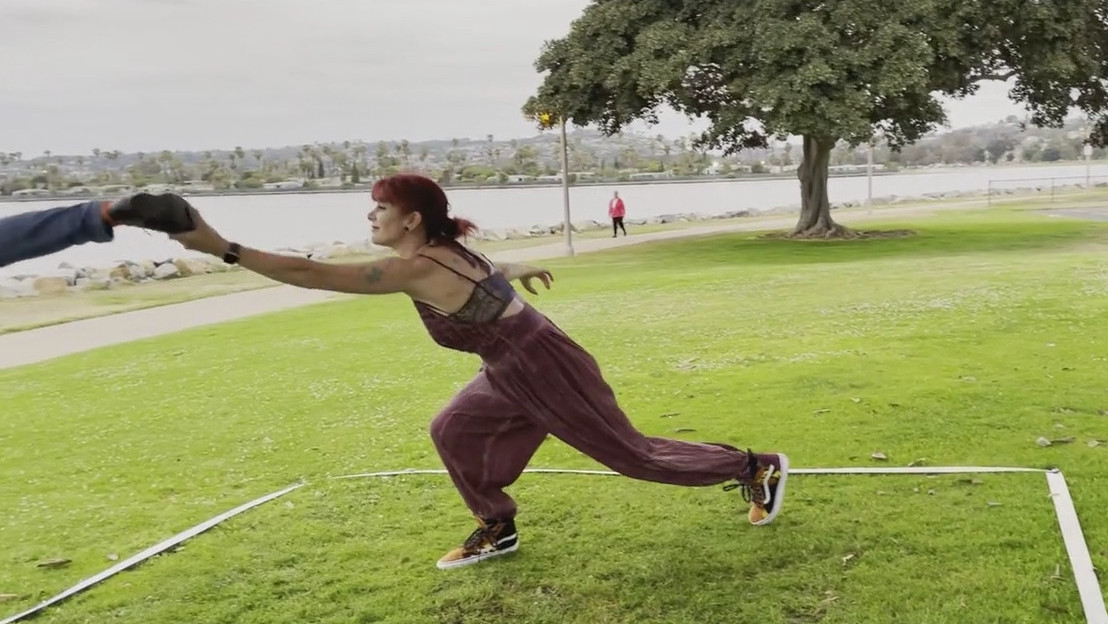 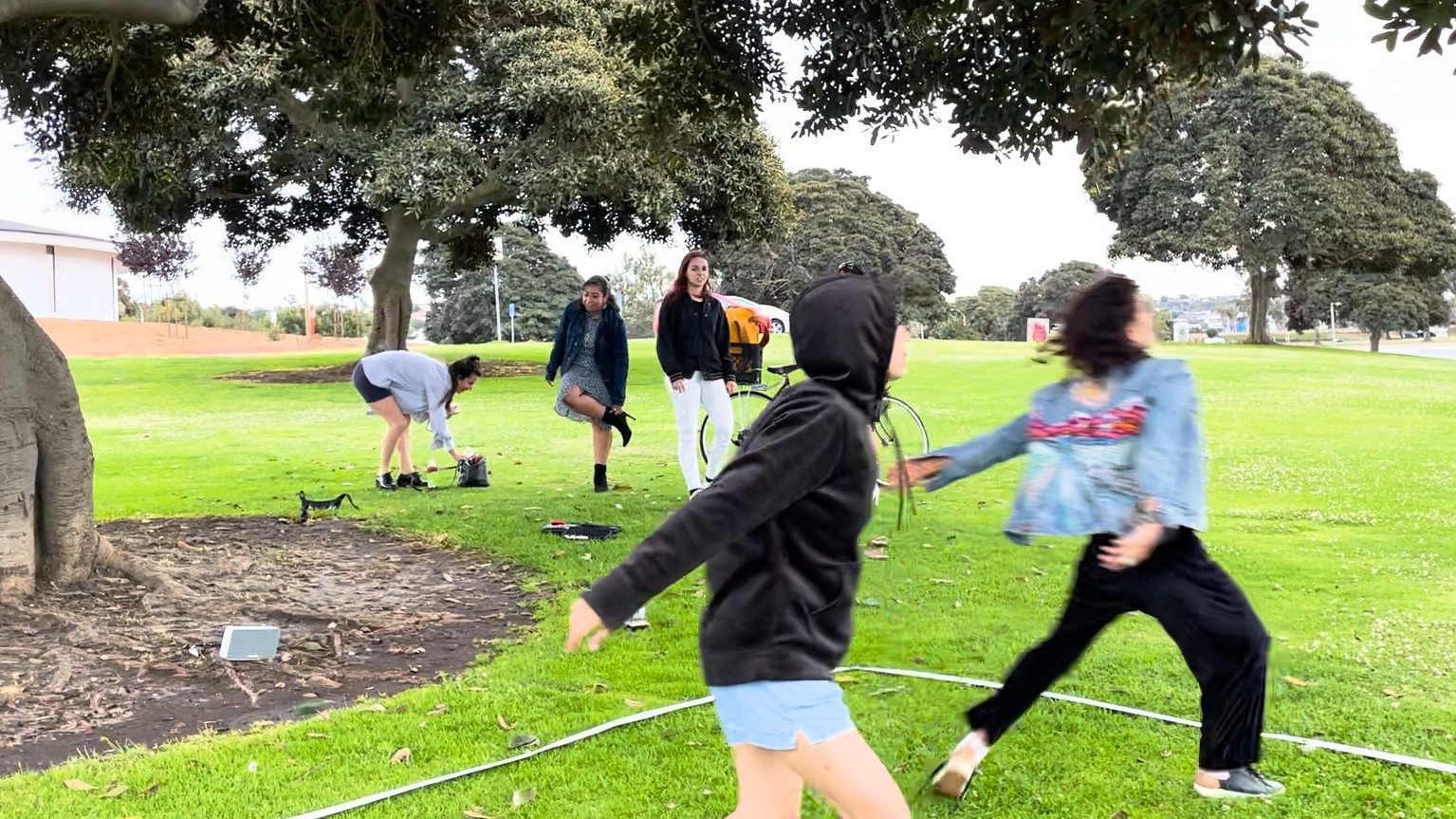 What is really touching is the respect that these dancers show for the perimeter, and the awareness of stepping in and out of the square, without anybody explaining what’s so special about it. 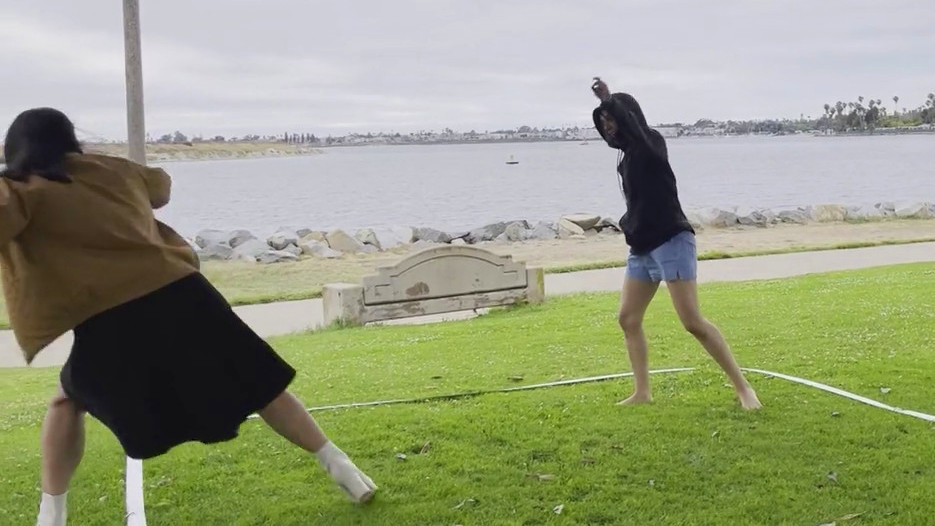 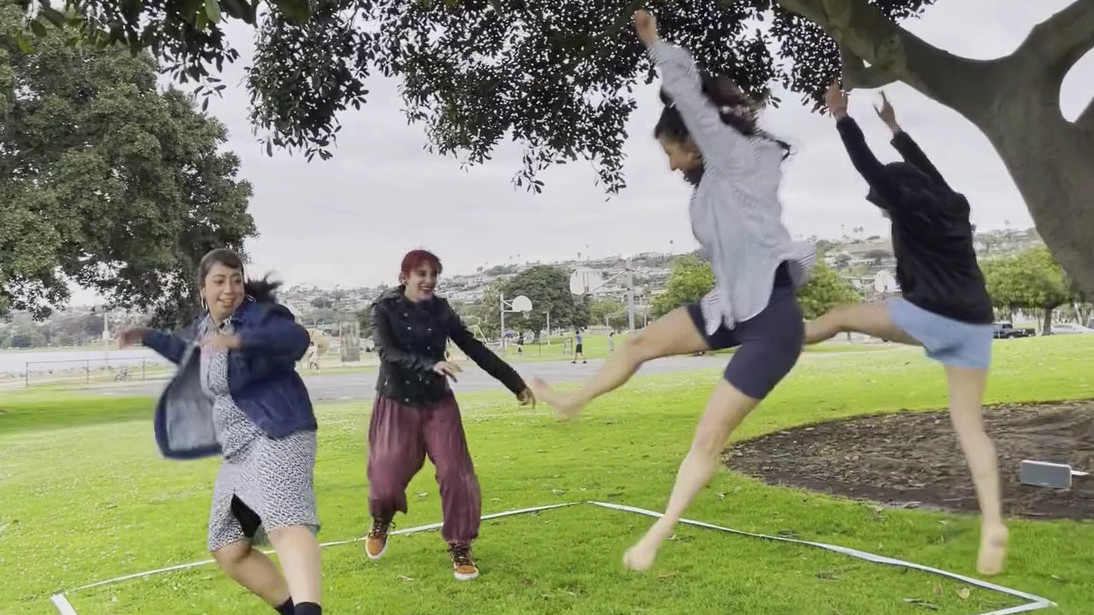 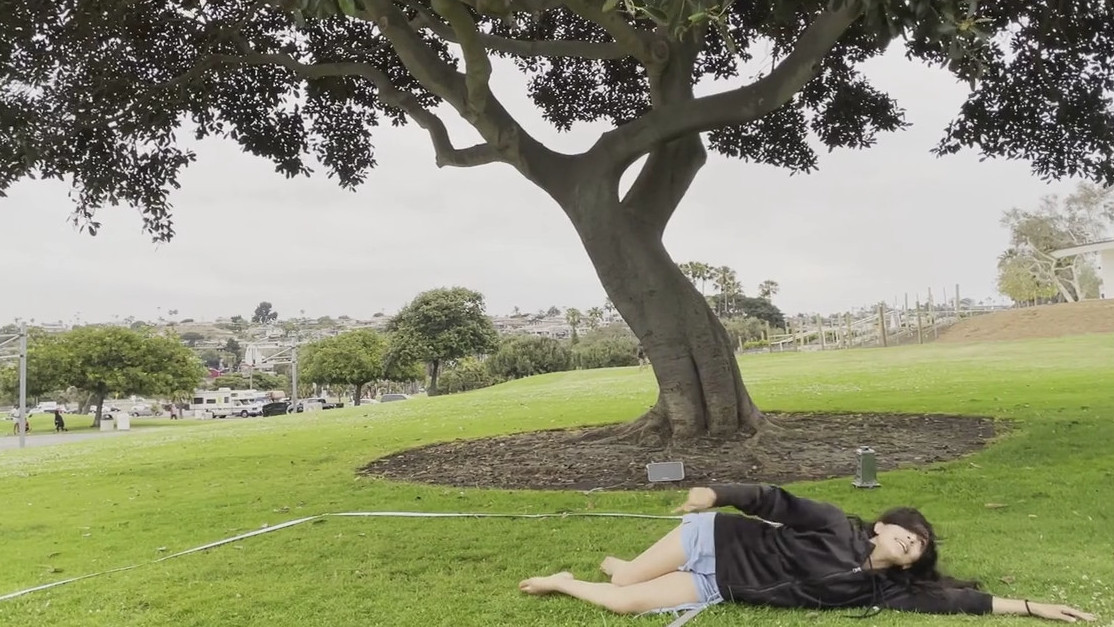 Even old Grater Good Light, who had been sitting in a corner trying not to get involved because it’s so rickety and cobbled together in a pinch, gets grabbed, turned on and shaken about. 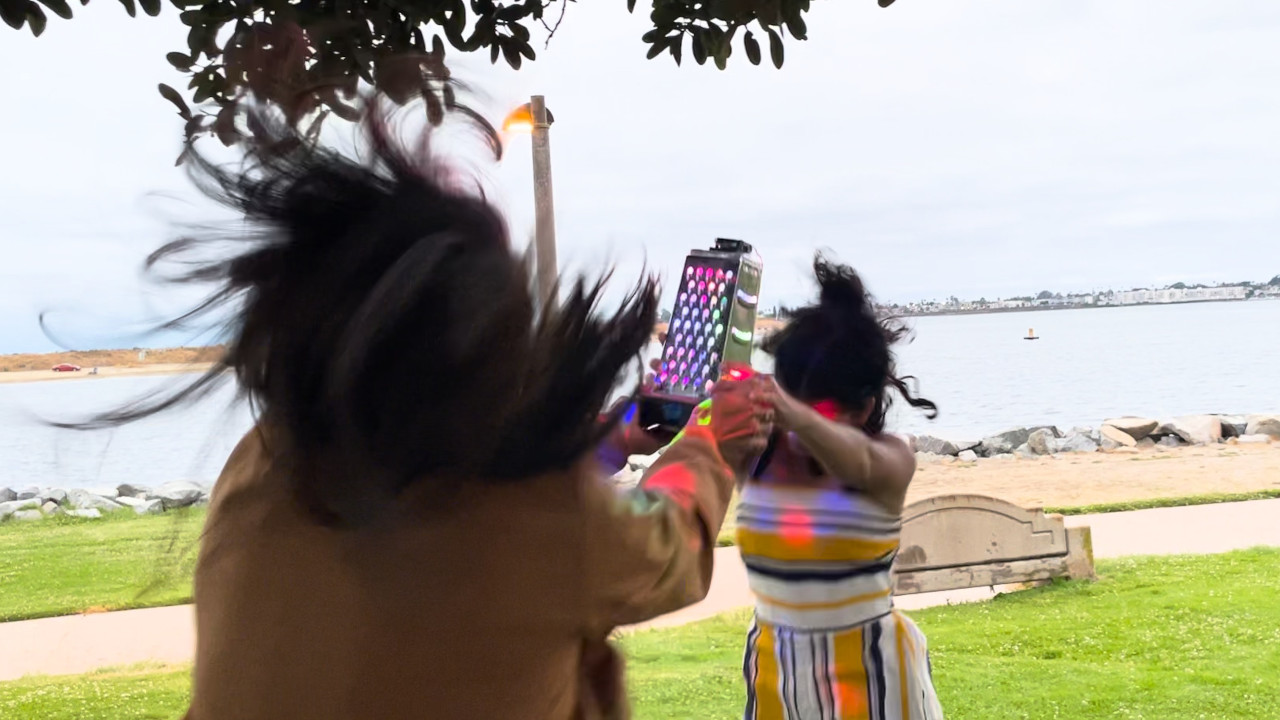 Eventually, as dusk sets, even the only rule of Pocket Disco (“Two at a time”) gets broken as we turn Pocket Disco into a mini-disco. 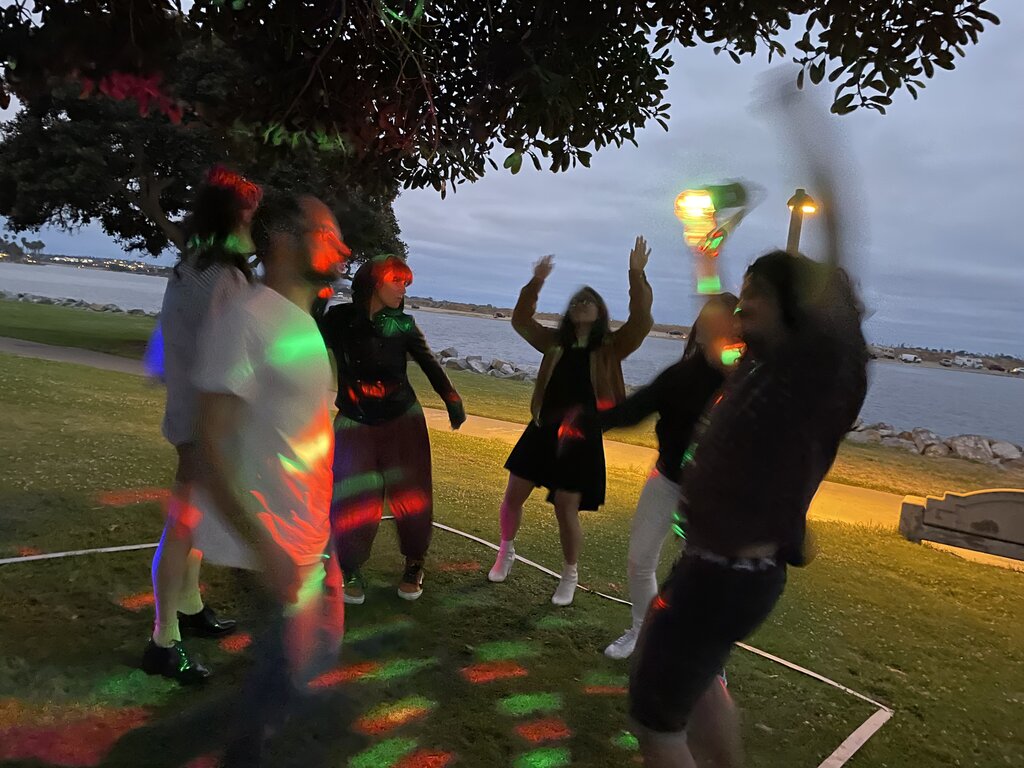 It feels good to work with people again after a year of lockdown. Sometimes just being the midwife, by making sure that timing is right, everybody is at ease for the event, and ensuring that there is a supply of clean towels, is all it takes to make a piece.